Launched in the 2017–18 school year, the House System provides a platform to foster strong bonds between students and adult mentors, promote school spirit and camaraderie, and drive healthy competition. A student is a member of one of our four Houses throughout his or her time at Riordan.

The purpose of the Archbishop Riordan High School House System is to further enhance our Marianist mission by developing student leaders, providing mentorship, and strengthening relationships between students and faculty. In addition, the House System encourages interpersonal relationships and increases school spirit through the annual accumulation of House points, which are awarded through academics, competitions, service, citizenship, leadership, and community attendance at various events.

To read more in depth about our House System, click here to view our digital one pager.

Led by a Mentor Teacher, Mentor Groups of 24 students meet each week during the school day. These groups serve to foster inter-division unity and school spirit, with fun activities and practical advice about maximizing your high school years.

There are more leadership roles than ever for students on Student Parliament, the body that organizes House events throughout the year.

Houses compete throughout the year in a variety of academic, athletic, and team-building activities to earn points towards the coveted “Chaminade Cup,” a perpetual award given to the House with the most cumulative points.

Cana is the scene of Jesus’ first miracle, where he and his Mother attended a wedding celebration.

This House is named in honor of Bro. Bill Bolts, SM ’53, a member of the first class of young men to attend Riordan.

While praying before the statue of Our Lady of Pilar during his exile in Spain, Blessed Chaminade received inspiration to found the Society of Mary.

Fr. Jack Russi, SM consistently set an example of kindness and love to all who knew him.

The House of Bolts is named in honor of Bro. Bill Bolts, SM ’53, a member of the first class of young men to attend Riordan all four years. As a Marianist brother, he served as a teacher and administrator at Riordan, and is the author of the school history book Young Men Dream Dreams: Fifty Years of Archbishop Riordan High School. Bro. Bolts received the school’s highest honor, the Chaminade Award, in 2014. Bro. Bolts currently serves as a member of Riordan’s Board of Trustees, and makes frequent trips to campus.

Cana is the scene of Jesus’ first miracle, where he and his Mother attended a wedding celebration. Blessed William Chaminade, founder of the Society of Mary, drew on this Gospel to develop the guiding spirit of the Marianists. “We have taken for our motto the great phrase so full of sense and truth which Mary said to the servants at the wedding of Cana: ‘Do whatever he tells you.’” Mary helps us follow Jesus and bear his transforming grace to the world today. All members of the Marianist Family listen with their hearts to Mary’s words at Cana.

Fr. Jack Russi, SM consistently set an example of kindness and love to all who knew him. A member of Riordan’s Class of 1957, it was during high school that he met the Marianists and found his calling. Fr. Jack began his long career as a Catholic educator at Riordan, where he started teaching in 1963. Over the course of the next five decades, Fr. Jack served as a teacher, counselor, chaplain, principal and president at Archbishop Mitty High School, as the Assistant for Religious Life at the Provincial Office for the former Marianist Province of the Pacific, as principal of Saint Louis School in Honolulu, and as provincial of the former Marianist Province of the Pacific in 1997. After his term as provincial ended, Fr. Jack then returned to Riordan, where he would spend five years as a counselor and chaplain.

While in exile in Saragossa, Spain, Blessed Chaminade often prayed before the statue of Our Lady of the Pillar (in Spanish: Nuestra Señora del Pilar). It is believed that it was in one of these times of prayer that Chaminade received the inspiration to found the Society of Mary. Let the thought and the image of Our Lady of the Pillar be a forceful reminder that we walk in the footsteps of Blessed Chaminade in following Christ. 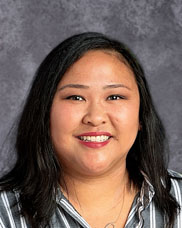